The Jimmy Sogalrey Band emerged as part of a natural evolution of the careers of four highly experienced musicians, Jimmy Sogalrey, Andrew Scrivens, Christian Boeger and Ash Carnie. All four members have spent well over a decade immersed in the respective music scenes of their home countries before their paths converged in 2018, with the relocating of Jimmy and Christian to Brisbane.

Fortunately, his move coincided with the simultaneous relocation of the U.S-born session and covers musician, Christian Boeger who had literally just performed his last gig, stepped on a plane and had begun a new chapter with his family in Brisbane. One of the first things Chris did when he arrived was to discover a “Bassist-Wanted” ad for Jimmy’s band! Christian brings 30 years of live and studio experience with dozens of artists at hundreds of weddings, clubs and festivals. His instincts for serving the song are truly second-to-none and play a key role in giving The Jimmy Sogalrey Band its knack for getting people up and dancing.

“ The band is fundamentally built around the stunning vocals, charisma, and crowd-engagement of singer Jimmy Sogalrey. 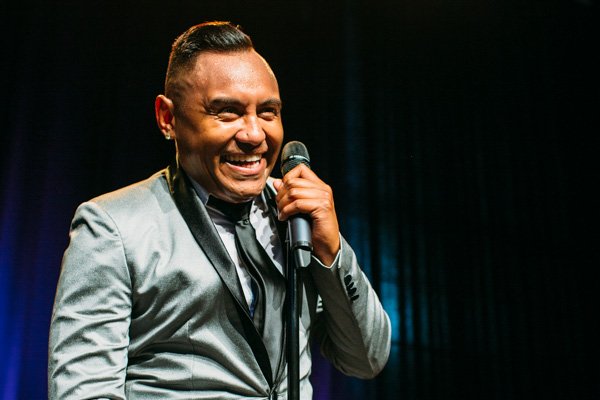 Jimmy originally hails from Jakarta, Indonesia where he grew up in a gifted musical family within the context of a culture rich in musical celebration and expression. He was recognized as a rare talent and signed to record company EMI with whom he released a successful album in Indonesia, reaching number 1 on the charts in Jakarta shortly after its release.

Jimmy was encouraged to bring his talent to Australia which brought him to party-town Darwin, an ideal location to hone his skills performing and recording cover songs at weddings, local clubs, and high-end corporate events. After 8 years of mastering his craft as a soloist though, Jimmy knew that what he really wanted to achieve was going to involve creating a permanent band in a much broader music scene. So in 2017, he moved to Brisbane.

The other members include Andrew Scrivens and drummer Ash Carnie, both previously from the band Dusk Blooms and both established music teachers in Brisbane.

Andrew has had extensive experience working as a recording and covers musician as well as teaching guitar full-time since 2014, initially for The Guitar Gym and then at his own Brisbane guitar lessons studio. He also works as a digital marketing and SEO specialist for a famous coffee bean supplier and an online nut shop! His live background includes performances with Tom Thum’s Human Synthesized Band and shows all over the country with acoustic covers duo, ScatterBrain. In 2016 he self-recorded an album with Ash Carnie and an original band, Dusk Blooms, which went on to be mixed by Nick DiDia, recognized for his work with Pearl Jam, RATM, Powderfinger and many others. Andrew is comfortable in almost any musical context, with roots in blues, funk, rock, RnB, and jazz. 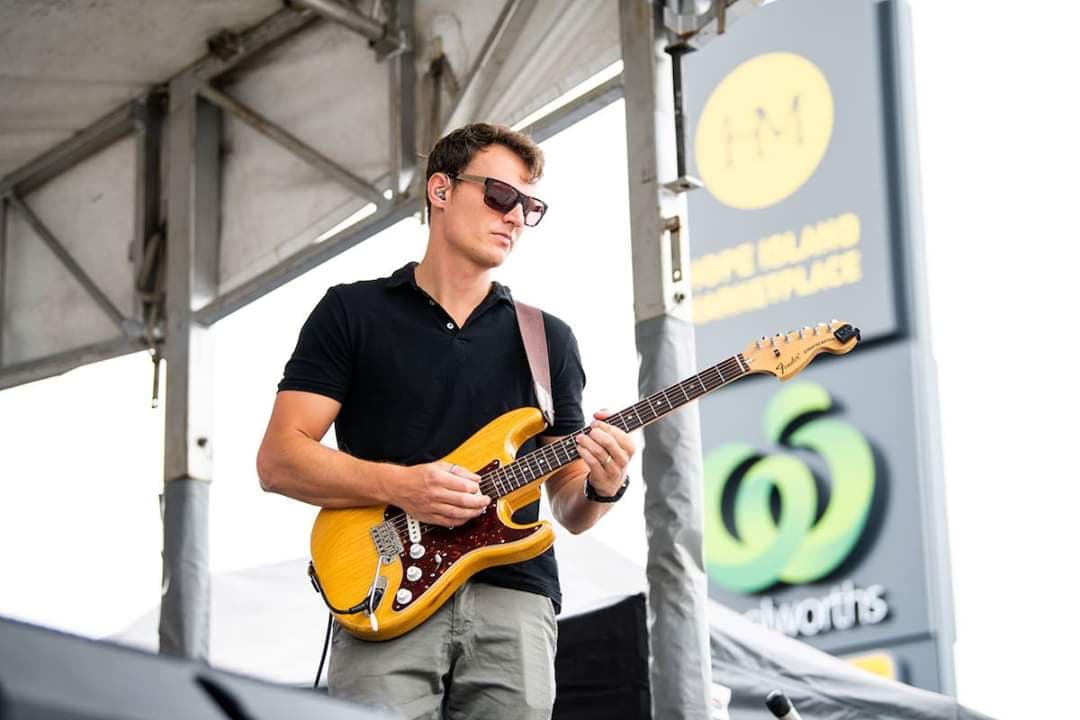 Ash Carnie, a drum teacher, and composer also had extensive stage and recording experience. Originally from New Zealand, he also grew up musically-gifted, recognized by his teachers at school as a natural at rhythm and harmony. During his school years, he was invited to compose a song for The Ministry of Education by the New Zealand government. As a recording artist, he also contributed greatly to the album Paper Rose by Dusk Blooms while establishing his own drum-coaching studio. He is a dynamic, tight and passionate drummer who also loves to serve the song and in particular, serve the people on the dance floor!

” JSB has a natural chemistry and a real love for what they do. As a frontman, Jimmy is a consummate entertainer with an unmatched energy level and the band’s musicianship and versatility create the perfect vehicle for harnessing that energy. This means that The Jimmy Sogalrey Band is capable of just about anything –  from a classic ballad to dance-floor-filling hits! Playing weddings, parties, and corporate events of any size, the band likes to remain accessible to anyone who appreciates the role that a great band can play in making a night to remember. 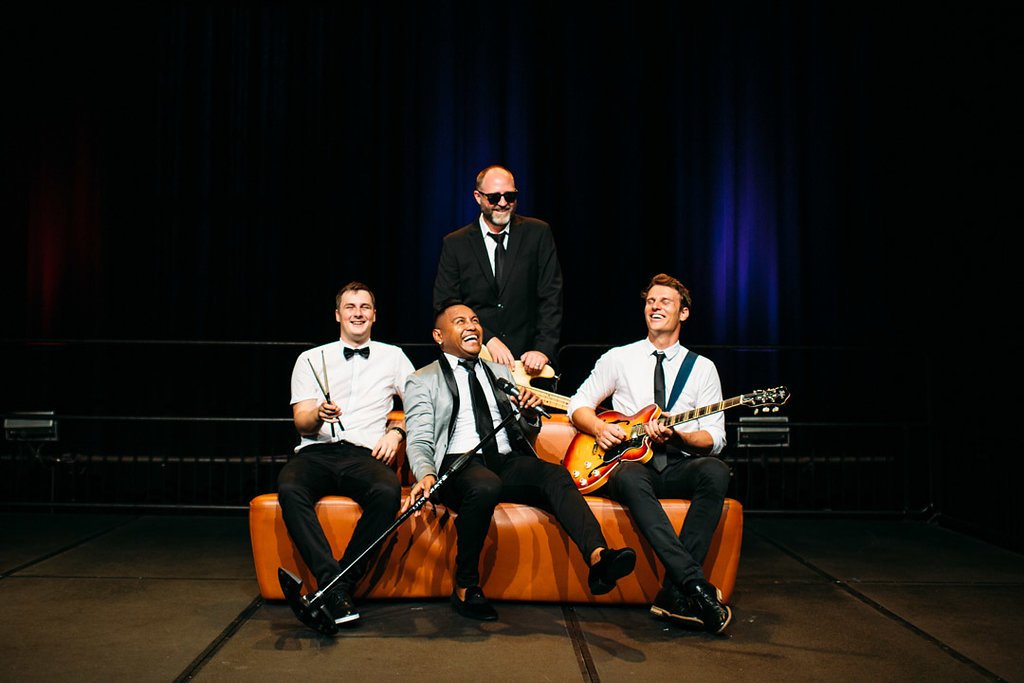